James Forsyth and Elizabeth Watson were married at Ellon, Aberdeenshire, Scotland on the 26th of July 1780

James was born about 1748 in Scotland most probably in Aberdeenshire, to as yet unknown parents.

He was a Meal Miller at the Mill of Auchterellon.

After his wife died James probably went to live with his daughter, Helen, who was in Overton/Overtown.

Jan 1827, Advanced by me Nathl. Grieve on account of the following 4 poor people of Ellon Episcopal Congregation.

From then until his death in 1835, James Forsyth is one of 3-6 people who receive from the Church collection a minimum of 5/-, five times a year, at January, Easter, Whitsunday, 10th after Trinity, and Xmas.  At Xmas time the amount he receives is sometimes greater, for example 12/ 8 half at Xmas 1829.


Elizabeth Watson was born about 1754, probably at Ellon, parents also unknown as yet.

From The registers of St. Mary-on-the-Rock Episcopal Chapel at Ellon, Diocese of Aberdeen & Orkney 1763-1871
we learned that James and Elizabeth had 3 children and from DNA matches and her death certificate we found Ann.

Ann Forsyth no baptism found as yet.  In the census' Ann gives her birthplace as Udny, Aberdeenshire.
Confirmation of the connection to Ann has come through DNA matches with her descendants.

Alexander Forsyth,  born about 1787, Ellon from Parish records - (A child belonging to ....... Forsyth at Mill of Auchter Ellon, another belonging to his brother at Little Mill of Esslemont ......... were forgot to be regularly inserted). 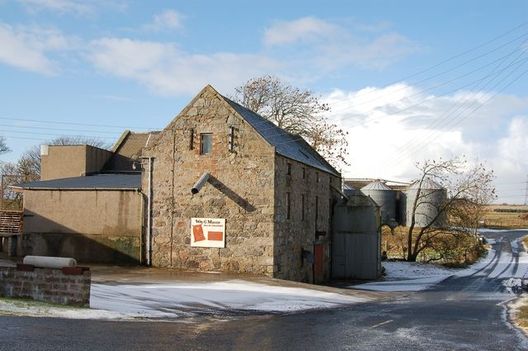 Mill of Esslemont
This image was taken from the Geograph project collection. See this photograph's page on the Geograph website for the photographer's contact details. The copyright on this image is owned by John Allan and is licensed for reuse under the Creative Commons Attribution-ShareAlike 2.0 license.
Below is a copy of James and Elizabeth's marriage entry in the Ellon Old Parochial Register 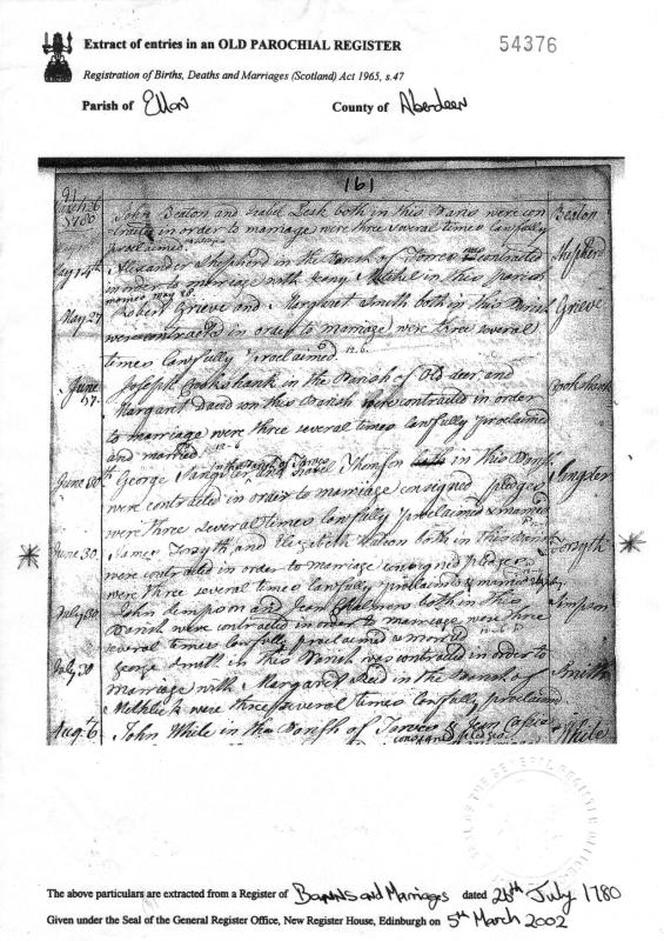