Clergy of Ellon are named since 1678.  The Episcopal meeting house at Ellon was burned after the 1745 Rebellion.  5 small churches served the district until in 1816 the congregations of Chapelhall, Udny Green, Tillydesk, Kinharrachie and Bairnie were absorbed in Ellon Congregation when the Church was re-built in Ellon.  The foundation of the existing building was started in 1870 some distance to the south east of the previous chapel and was consecrated on the 7th of September 1875. 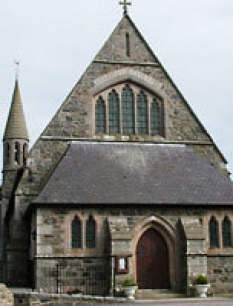